Defending an action of online defamation 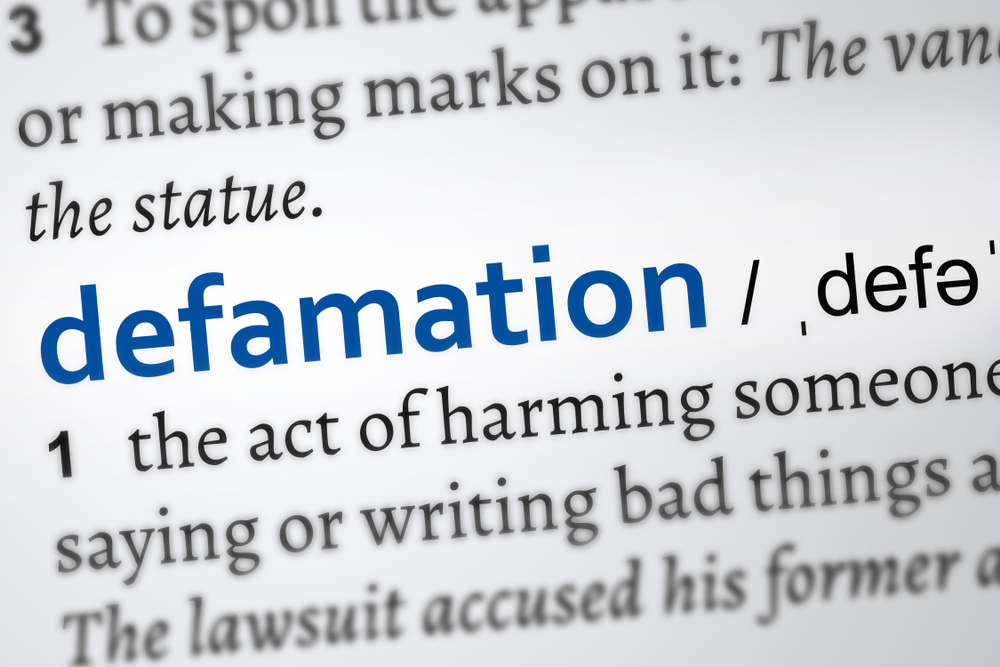 Defamation often involves the act of destroying the reputation or good name of a person or organization by making a false statement which could be written or oral, online or offline to another person or entity which can produce a defamation claim. Defamation is usually within the premises that ones good reputation can be soiled and the guilty party can be sued of such defamation action.  Defamation act can be in the form of slander and a libel. Slander is a type of defaming done verbally or orally. Libel is a type of defaming done to someone in writing, both slander and libel is defaming statement that can damage the innocent reputation of a good character, a good example of a defamatory statement is where one party makes a false utterance against another party and then allows it to be disseminated to a third party from which other parties get involved before finally becoming a public scandal. There two forms of the defamatory statement have been used unfairly and improperly today so the big question now is, how can an individual who is a victim of defamation successfully defend against it. Well there are several major or defences one can make in order to defend a defamation claim and they include:

I. The use of truth as a defence tool: truth is a direct and effective defence to a defamatory statement. As one of the effective defence to claim of internet defamation, it has to contain facts and a verification of the act, any defamatory statements made Orally, on a  website or written has to be tested for evidence of facts before been accepted otherwise such a defamation claim is void and baseless, but if the statement made is true, then there is defamation, in either case the truth must be apparent by the use of a human witness or by a written evidence, for instance, if someone plagiarises a book then there has to be a written evidence or prove of such plagiarism to prove the truthfulness of the statement

II. The use of innocency dissemination and public defence: when a defamatory statement is made against an innocent party without the actual knowledge of defendant such information made to the public is not actionable.

III. The use of a statute of limitations by a defendant: this is an effective defence against a defamatory statement which arises when filing a lawsuit against an alleged libel or slander. If the defamatory statement made is one of opinion then there is a protection by the first amendment right to freedom of speech. This is especially true as an opinion by its composition are not capable of been established or accepted as either true or false

 During a political speech.

 In between marriage mates

 During a legislative proceedings

The laws governing defamatory statement varies from state to state but wherever the location, the defamation statement is proved if it has met up with the following requirements:

I. It has been published – this means that the defamation claim has gone viral, it has gone public, a third and other parties have heard of it, it has become impossible to retract the statement has gone out or been publicize through the social media, radio, television and another advertising medium.

II. It is false –  by false it is considered as damaging and untrue and terribly means

III. It is injurious- by injurious such a defamation statement is damaging and has caused lots of damage to the reputation of a good character

IV. It is an unprivileged- by unprivileged we mean defamation claim that is not supported by either an absolute or qualified privilege which has some acceptable exceptions such as was the statement made during a court session, within the marriage circle, and other allowable exceptions.